Current situation and prospects for 2018

The European aluminium semis industry is currently basking in the sunshine of the favourable economic climate currently prevailing. European demand for aluminium semis is likely to reach about eight and a half million tonnes this year. The industry is also optimistic about the prospects for next year when it is expecting positive volume growth. There are no appreciable differences between the individual product groups: demand for rolled as well as for extruded products is showing continued growth from a solid base. There are possible storms on the way, though. At the moment, the most serious is brewing as a result of American trade policy. Meteorologists would talk about an approaching depression, but for the time being a high-pressure area with its favourable economic climate is prevailing!

European demand again at a high level following the economic crisis
Aluminium semis can be broken down into rolled products and extruded products. The extrusion industry mainly produces profiles, rod and bar, and tube, while the rolling sector manufactures (specialist) products with a thickness of more than 0.2 mm - so-called rolled semis. (Thinner material falls within the ‘foil’ category). 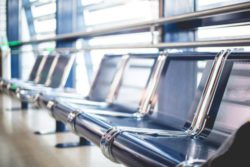 These figures mean Germany has strengthened its leading position as the most important market within Europe. Between 2007 and 2018, Germany’s share of European demand rose from 29 per cent to 31 per cent. In particular, the extruded products sector recorded a marked increase: six percentage points (from 28 per cent to 34 per cent).


Positive development of Germany's position as a location for investment and production
As the largest producer of rolled products, Germany has an important supply function within Europe. Just under two-thirds of Germany’s rolled semis are exported, mainly to other European countries. In 2017, a total of 1,861,134 tonnes of rolled products ‘made in Germany’ were produced. Germany is also the major European producer of aluminium extrusions. Some 80 per cent of these are subjected to downstream processing in Germany. The remaining 20 per cent are mainly shipped to neighbouring European countries. In 2017, 583,676 tonnes were produced. Total German production of aluminium semis was thus 2.45 million tonnes. Production in 2016 was 2.46 million tonnes. 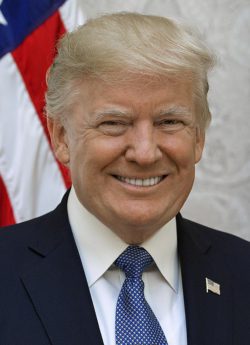 US President Donald Trump is responsible for import duties, punitive duties and sanctions against Russia, among other things.

The economic situation and the prospects for the year are generally positive for the European aluminium semis plants: both demand and production are expected to increase. This is attributable to the broadly based upturn in Europe, which also includes the most important user markets for the aluminium industry. However, risks associated with trade policy in particular are increasing perceptibly. Triggered by more and more interventions by President Trump.

As an example, one can cite his import duties of 10 per cent on aluminium, punitive tariffs against China and the latest sanctions against Russia. To be offer the best solutions in competition with others, Companies need to be able to plan and have open markets. Current trade policy is not making this any easier. On the contrary: the security of supply of the whole sector is at stake.

It is hardly possible to quantify the resultant implications for the industry. Nevertheless, the European aluminium industry is optimistic about economic developments in 2018/2019. What is more, the frequency of use of aluminium in key industries will increase still further in the medium to long term. This means the growth prospects continue to be favourable. For the time being, therefore, the sun will continue to shine on the European aluminium semis industry.