Topic of the Month 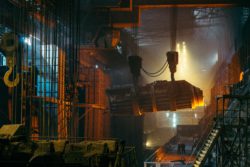 The United States of America has been imposing punitive tariffs on steel and aluminium imports since the beginning of June. The European industry is annoyed by the so-called 'trade war' and wants a prompt solution from politicians. The EU wants to respond to US President Trump with appropriate countermeasures - however, he will not be deterred.

The US government has been charging ten per cent customs duty on aluminium exports and as much as 25 per cent on steel since 01 July. Goods worth about 2.8 billion dollars (2.4 billion euros) will have to be imported more expensively into the USA in the future. US companies are switching to local industries due to more expensive imports instead of ordering products from the western world. Trump's policy may be fruitful for the United States of America for the time being, but experts fear long-term economic deficits due to its isolation from the rest of the world.

As early as March, thus even before the official introduction of punitive tariffs on aluminium and steel, the distinctive term 'trade war' was an unwelcome topic for the stock market. Both the German Dax and the leading Japanese index Nikkei fell significantly after Trump's first threat. The Nikkei index fell to its lowest level in six months, while the Dax lost around 1.7 per cent of its points.

The final imposition of the tariffs caused another shock, both the Dax as well as Nikkei lost percentage points. The Dow Jones was completely unimpressed - after all, the American economy is not directly affected by the tariffs.

The JP Morgan bank is also critical. As the largest bank in the USA, its opinion carries weight. Managing Director James Dimon would like to see a de-escalation: "The World Trade Organisation must pull itself together and become more ambitious in order to solve these problems. Tariffs are the wrong way."

"Will prove to be an own goal" 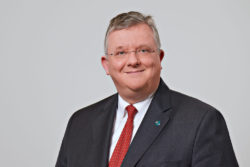 The higher costs are not just a thorn in the side of the European metal industry. The turnover of some companies will fall, which is damaging to the local economy. However, America will also have to suffer losses in international trade. Global value creation chains are being destroyed by Trump's government within a very short time. The costs for high-quality products, which are not directly available in the USA, are paid by companies within the USA that can no longer compete on the world market. As a result, America will close itself off and may soon no longer be able to compete.

That is why Thilo Brodtmann, Chief Executive Officer of the German Engineering Federation (Verband Deutscher Maschinen- und Anlagenbau), pleads for international agreements. A free trade agreement under the name TTIP has been planned since 2013, but it was suspended in 2016 due to numerous protests. In our '3 questions to...' series the head of the VDMA already answered in April what consequences the conflict between the USA and Europe will have:

“Punitive tariffs have the characteristic that they tend to escalate - if it starts somewhere, the penalties increase at all ends of the earth. This is exactly the danger we want to avert. For this reason, this vicious circle should be broken from the outset and other paths should be taken, for example, in the form of the small free trade agreement."

After the restrictions for Chinese trading partners, the hovering sword of Damocles regarding the additional fees has now also fallen on Europe. Corresponding taxes as a direct reaction of the EU are being discussed and resolved in a timely manner. Nevertheless, the VDMA, as the representative of the German mechanical engineering industry, is unwilling to trade with punitive tariffs in the future:

"In order to shorten the whole issue, we should actually be talking about substantial trade barriers and tariff dismantling. This is most likely to happen if we do not threaten each other but negotiate seriously with each other."

The time of negotiations has been abruptly interrupted by Trump, long-term planning has been shattered. The confrontation will now be followed by the EU's countermeasure: Higher taxes on whiskey, peanut butter and Harley-Davidson motorcycles. Whether Trump sees this as a warning or an escalation remains to be seen. There is one thing the EU certainly does not want: Punitive tariffs on cars that were not manufactured in the USA. Trump has already threatened this - and it would specifically affect the German market. Audi, Daimler and VW would probably have to accept significant losses.