This becomes important for the metal industry

These trends will accompany us in the new decade

In the next ten years, the metal industry will change more significantly than in any previous decade. There are numerous reasons for this: In addition to new production processes, legal regulations and digitalisation, environmental protection also plays a major role. These are the topics that will accompany us in the next ten years and will cause a great number of changes in the industry.

For hundreds of years now, metals in smelters have been liquefied using coke, coal or natural gases. The efficiency of the plants has been improved over the years; however, the basic operating principle has always remained the same. With an increasing number of electric arc and induction furnaces, which rely on electrical energy and mainly recycle metals, the efficiency of the furnaces is significantly higher than with fossil fuels. The electrification of steel production is made especially possible due to the fact that increasingly fewer new metals have to be produced. The recycling rate in Europe is higher than ever before: Approximately 70 per cent of the aluminium produced has merely been remelted. This trend will continue in the coming years as recycling becomes more cost-effective than the extraction of new ores.

The longevity of products is also becoming more important again. With the right alloys and coatings, metals can be used for a much longer time than without special treatment. While car bodies are often adequately protected against corrosion, the industry is somewhat more regressive. Economic output is reduced by about four per cent every year due to rust. The numerous closed down mines and furnaces in the Ruhr area, which have been rusting for years, are a good example of what industry would look like without corrosion protection.

Lightweight construction: Same performance with less weight
Increasing raw material costs and advances in the area of environmental protection will also ensure that products made of metal will become ever lighter in the future, particularly in mass production. Fewer metals will need to be melted, and at the same time cars, for example, will benefit from the reduced weight that needs to be moved. The changeover to lightweight construction is not equivalent to a reduction in load capacity. Computer-aided calculations can be used to design components with the same requirements, but which nevertheless weigh considerably less and are made of aluminium instead of steel, for example.

Environmental protection is the main topic of the 2020s 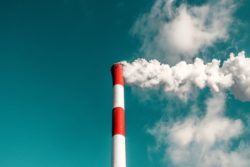 The main topic of the coming decade will certainly be the careful use of natural resources. The demand for fossil fuels and the production of the greenhouse gas CO2 are major factors throughout Europe and are the focus of intense social and political discussions. Environmental protection will continue to accompany the industry and become an even more important criterion.

In addition to social responsibility, regulations such as the CO2 tax will make it necessary to implement environmentally friendly production processes as quickly as possible. The European emissions trading system will ease the situation somewhat for the time being. As licenses become scarcer over time, however, the pan-European economy will face challenges.

Thyssenkrupp presents, for example, how the industry can adapt. In Duisburg, the company is equipping a blast furnace with technology that uses hydrogen as the primary source of energy. The first attempts have been ongoing since 2019; instead of 300 kilogrammes of coke and 200 kilogrammes of coal dust, pure hydrogen is now being used. After combustion, this decomposes into normal water, producing no CO2.

Hydrogen can be extracted directly from water, but this also requires large amounts of energy. For this reason, it makes sense to produce gas by means of green electricity. At the same time, the hydrogen infrastructure must be expanded: Electric mobility could also opt for fuel cells and do without lithium batteries. A well-developed network would lower production prices and would make the conversion to hydrogen in the industry more economical.

With SALCOS, Salzgitter AG  also aims to significantly reduce emissions. The principle is similar: Here, too, the focus is on hydrogen as an energy carrier. In the process of direct reduction in the blast furnace with added natural gas, the CO2 produced is filtered out.

ecoMetals are the focus of the decade

Ecologically sustainable metals, innovative manufacturing processes and at the same time the competitive production of metals are more important than ever. Resource and energy efficiency is not only economically but also ecologically important. ecoMetals focuses on the best technical solutions with simultaneous emission reduction and can thus convince in all aspects.

CO2 storage as a climate buffer

Storage possibilities for carbon dioxide are not yet widespread, but they are quickly gaining in relevance: With CCS (Carbon Dioxide Capture and Storage), it is possible to collect and store the greenhouse gas. In the eyes of many experts, this is the only way to sufficiently reduce CO2 emissions by 2050. The construction of such facilities and underground storage are costly processes, which, however, must be evaluated in times of the CO2 tax and other restrictions. The underground storage of natural gas has already been tested. It is possible to collect CO2 in a similar way. Several dozen test facilities with a storage capacity of several million tonnes of CO2 are already in place. As a bridging technology to a completely green production for energy-intensive industries, CCS can be an opportunity. In Germany, CCS has so far not been established; risks such as gas leakage or groundwater pollution are obstacles.

Fully electric heating processes for metal processing are more efficient than with coal or gas. Nevertheless, the electricity mix purchased in Germany is still quite dirty, especially at night. Nuclear power accounts for about 14 per cent of the nightly baseload, coal contributes more than 20 per cent. Approximately ten per cent comes from burnt natural gas. On average, each kilowatt-hour purchased in Germany generates around 300 grammes of CO2 per day. In order to be able to operate round-the-clock plants in a more climate-friendly manner, energy storage systems on an industrial scale are becoming increasingly more interesting: During the day, batteries, water tanks or flywheels are "charged" by means of regenerative energies. The green generated and stored energy can then be used at night without further emissions. Storage systems for energy-intensive industries are still not fully developed, but there will be a lot going on here in the coming decade.

Energy Storage for the industry 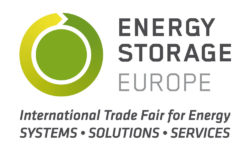 Are you interested in implementing an energy-efficient storage system? At ENERGY STORAGE EUROPE you will get to know the most innovative energy storage companies in the world, and you will have the opportunity to talk to experts about your case of application. ENERGY STORAGE EUROPE takes place in Düsseldorf from 10 to 12 March:

Digitalisation and automation even more important than ever before 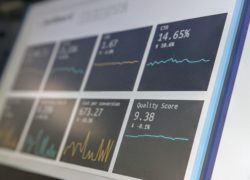 Over the last ten, if not 20 years, digitalisation has been described as an important driver of innovation and productivity. Year after year, there are new buzzwords: Industry 4.0 followed after the automation of the first processes, and now terms such as big data, artificial intelligence, cybersecurity and 5G networks are in everyone's mouth. This will not change in the foreseeable future: Digitalisation is a slowly advancing process in Germany, which takes time. At the same time, year after year, there are further trends that only reveal their true impact over time.

However, not every hype needs to be tackled immediately: Artificial intelligence will only be able to improve the production process slightly in many companies. A great number of companies will never come into contact with 5G. Nevertheless, a new kind of infrastructural framework is currently being formed that in many places can make the outdated German industry more competitive again. And yet the changeover to digital twins and big data for process optimisation, increased use of 3D printers, the expansion of cybersecurity measures, networked logistics and 5G as the future communication standard is nothing to be taken lightly. Numerous companies from the Far East are already demonstrating today which advantages all of these technologies offer together.

The coming ten years will change the metal industry in a way that only industrialisation has managed to do so far. On the one hand, there will be many opportunities to improve processes: New processes, better networking of the individual plants and many small-scale optimisations will make the years ahead the most efficient time since the beginning of industrialisation. On the other hand, there are international efforts to prevent the climate crisis and the social responsibility it entails. European companies will only be able to meet the climate targets with investments, research and their own will to reduce environmental pollution.