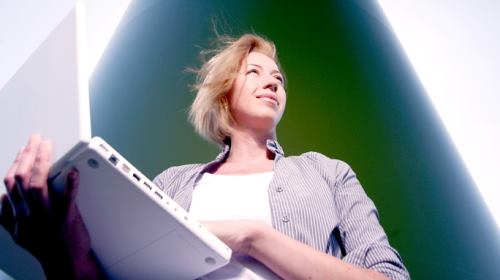 In April 2013, the German Foundry Industry Association BDG launched its image campaign, which aims to provide customers, suppliers and the trade in general with a more accurate picture of the industry, the casting process and important product components.

A special focus has been on enhanced communications with up-and-coming professionals.

Against the backdrop of demographic change and the major recruiting challenges it presents, the association decided to augment the public perception of its members and highlight their competencies.

The BDG campaign – set-up to run for three years under the slogan “Casting – Moulding a Stronger Future” – is intended to provide information about the industry, the professions of the trade and casting’s long-term potential in order to generate excitement about the sector – especially among young people.

Casting in Germany – SMEs in a pivotal role

No other country in Europe produces more castings than Germany. German cast products and the technological expertise of the country’s foundries and associated supply firms enjoy global renown.

At the same time, German casting producers with their high quality standards, profound expertise and superior innovation capacity have a commanding competitive advantage in areas that go beyond just product development. Thanks to their logistical know-how and high degree of flexibility, the mostly small and medium-sized companies that make up the German foundry sector outshine the rest of the world.

Although foundries would still be considered among the smaller branches of German industry – claiming a share of not quite 1% of all goods produced by the manufacturing sector – the trade’s economic impact is much greater because of its supplier function. For example, there’s hardly a capital-goods manufacturing sector that doesn’t use cast components.

The foundry industry with its 600 companies and about 80,000 employees is one of the most important ancillary industries to the automotive, mechanical and plant engineering sectors. Neither innovation nor technological progress would be possible without casting. Foundries work closely with their own suppliers as well as with the purchasers of their cast products in an effort to implement new insights, innovations and technological advancements in real-world applications.

For these reasons, the The BDG, as a representative serves instutionalised trade group, comprehensively advises and supports its members, facilitates the necessary knowledge transfer through extensive committee work and represents the entire sector vis-à-vis all relevant target groups on the regional, national and European level. 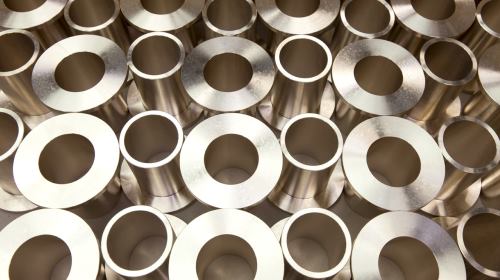 Cast components have been important and necessary since ancient times, but for the most part they’re not visible in the finished product. Photo © BDGuss

“Associations should have the courage to communicate more,” emphasises Max Schumacher, the spokesperson for the BDG Executive Board in Düsseldorf. “This is quite different from the conventional committee work typical of associations. That work is important and should be beyond reproach as far as internal industry matters are concerned. But when questions are raised regarding public perception, representation to outside parties and the association’s self-definition, then we’ve actually entered the field of marketing.”

Ingo K. Thielen is a marketing consultant and owner of the TazlThielen communications agency in Duisburg, which is among the external partners helping BDG to professionally implement the campaign.

Summarising the jointly developed reasons behind the image campaign, he says: “The foundry industry is a typical supply industry. Cast components have been important and necessary since ancient times, but for the most part they’re not visible in the finished product or can only be recognised as such at second glance. Casting processes and materials are often considered as rather outdated and archaic by those who don’t deal with them on an everyday basis.”

Moreover, the sector as a whole is heterogeneous when it comes to processes and deployed materials; company structures range from small family-run operations to large enterprises and group-like structures.

That’s why, says Thielen, it’s imperative to find a common denominator to tie together outside communication efforts: “This is not about individual processes, materials or specialties. Instead, the campaign is designed to convey the idea that castings are the mould for a strong future. Strong in the sense of modern, contemporary, sustainable, innovative; strong also in the sense of durable, solid, reliable and at the same time in regard to new applications in lightweight construction and in the production and exploitation of renewable energy sources. But strong also in the sense of positive, unexpected and visually appealing.”

”We want to show that casting is a modern, forward-looking process and that castings are innovative, contemporary components with a diverse range of possible applications,” agrees Dr. Erwin Flender, president of BDG.

“Cast components frequently are ‘hidden champions.’ Sometimes our industry and the things we do appear outmoded, antiquated and not very creative. But the exact opposite is true. This campaign aims to show young people, in particular, that ‘casting’ can do more – because all industrial sectors have to face up to the fact that there’s a real scarcity of young talents and leaders. This will become even more evident in coming years. Throughout the campaign, we will work with companies to launch concrete projects addressing this issue, both on an industry-wide and on the regional and local level.” 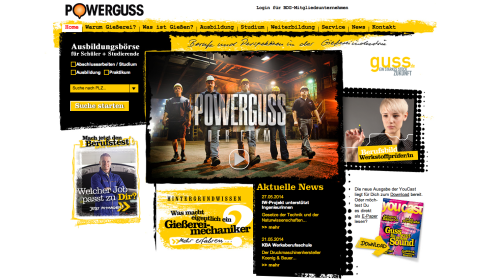 The website “powerguss.de” has been overhauled in an effort to better target young talents. © BDGuss

The range of information offered to the professionals of tomorrow has been designed – appropriately for the target audience – mostly in a digital format. The website “powerguss.de” has been overhauled in an effort to better target young talents. A new magazine for trainees is being published, including in print for distribution at schools, career offices and job training fairs.

Both – YouCast magazine and the powerguss.de resource portal – offer information, entertainment and services for young jobseekers, complete with video testimonials and an interactive apprenticeship exchange. Accompanying the campaign are adverts in trade media and info brochures as well as enhanced PR efforts.

Of course a comprehensive project of this nature requires a little bit of time. “Past experiences have shown that it takes a while for such an image campaign to take effect and produce measurable results,” knows Ingo K. Thielen. “That’s why the underlying plan is to continue this new casting communication effort until GIFA 2015 and beyond.”