Full speed ahead on the data highway 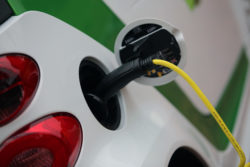 Electric cars are picking up speed this year, and companies are increasingly turning into smart factories. Trends with which the metallurgy, heating technology and casting industry can also join the fast lane. These trends also help reduce particulate matter in our inner-cities and dissolve the boundaries for evaluating the growing amounts of data. From 25 to 29 June, over 2,100 international exhibitors will showcase innovations and world premiers at GIFA, METEC, THERMPROCESS and NEWCAST on the exhibition grounds in Düsseldorf. Here, they will show visitors how companies can pick up even more speed in their development. For purchasers, users, experts and decision makers, the international trade fair quartet “The Bright World of Metals” is a true industry melting pot.

Here, MAGMA GmbH explains how “Autonomous Engineering supersedes traditional simulation”. Unlike pure simulations, this engineering enables users to consider opposing goals with regard to economic feasibility and quality and thus find the best compromise, according to MAGMA.

Autonomous Engineering already supports casting design, robust process design and optimised casting parts evaluation before the first cast. Using this new method, various parameters can be examined prior to the start of production. Instead of calculating a variant, the system calculates experimental space. This allows users to evaluate more possible calculations than ever before and thus enables them to pursue different quality and cost objectives at the same time.

In concrete terms, “this generates extensive knowledge for designing and controlling the entire casting process as well as concrete, practical measures, whilst taking design and process requirements into account,” explains MAGMA. Results produced by the current version MAGMASOFT® 5.4 range from evaluating and optimising work flows for casting defects, residual stress and warpage to structural composition and heat treatment.

MAGMA presents the virtual core shooter, an Industry 4.0 application they developed in cooperation with their industrial partners. This application virtually depicts material flows and pressure conditions for the coupled core shooter tool for the first time. The evaluation of the entire shooting process takes milliseconds with the software developed by MAGMA. This opens potential to integrate the simulation in real-time control of core shooters, “which represents a revolutionary step towards Casting 4.0 in the field of core shooting,” emphasises Dr.-Ing. Jörg C. Sturm, Managing Director at MAGMA GmbH.

This development combines process simulation and real core production. Coupling the moulding material characteristics with the core shooter and the current tool lead to a holistic depiction of the overall process. “This makes robust core quality calculable,” explains Dr. Sturm.

Communication within a company and the ability to quickly exchange information with customers and suppliers are important requirements for using knowledge in the spirit of Industry 4.0. The company proves how easy it is to use information gained by MAGMASOFT® for decisions with its new, innovative visualisation programme MAGMAinteract. Using a virtual pressure casting tool, the company demonstrates how robust tool design and optimised production windows can be simultaneously realised and securely evaluated in the shortest period of time.

Last year, the company was honoured with the German Innovation Award in the category “Mid-sized companies” for their iDisc®. Under the patronage of the Federal Ministry for Economic Affairs and Energy, the prize was awarded in three categories by the companies Accenture, Daimler and EnBW as well as the magazine Wirtschaftswoche for the ninth time.

Buderus Guss, a subsidiary of Bosch since 2005, and Bosch Research developed the iDisc® over many years. This is a hard metal-coated brake disc with an interlayer that robustly connects the grey cast-iron disc and the tungsten carbide coating. The iDisc® is suitable for all vehicles, from electric cars to commercial vehicles. In addition, it has proven to be wear resistant and creates significantly less brake abrasion. Compared to conventional brake discs, iDisc® causes up to 90 percent less brake dust, emphasises Buderus Guss.

Another benefit of this prizewinning Buderus Guss development: The hard metal-coated brake discs don’t corrode. A plus that also benefits electric cars. Because electric cars primarily use the electric motor to brake, they use their brake discs significantly less often. Despite this, corrosion is not a risk, which in turn means the braking system is always ready for operation. An advantage for iDisc®, particularly in these times, with electromobility steadily picking up speed.

This year, OEMs are presenting numerous electric cars. VW, Porsche, Audi and Mercedes-Benz are showcasing new models, most of them equipped with iDisc®. Experts expect the tipping point at which conventional drives will decline more strongly to occur from 2023 onwards. In four years, almost 30 percent of new registrations for passenger cars could be equipped with hybrid or electric drives.

Among Buderus Guss’ customers are all German vehicle manufacturers as well as manufacturers from Europe, Japan and South Korea. Buderus Guss covers 20 percent of the European need for brake discs for passenger cars, which makes it the market leader in this segment, according to the company.

No more limits thanks to data gained in simulation

Numerous data cannot be captured metrologically during casting, as it is simply not possible to reach many areas of a component or cast part. This is where simulation comes into play: With this method, there are almost no limits to evaluation. “Data gained in the simulation can be placed in the Cloud in order to carry out automated regulation of a disturbance value or variation, together with measurement results gained in real production,” explains Reinhard Vomhof, Sales Manager at RWP GmbH, a corporation of consulting engineers for calculations and computer-supported simulation.

Problems are becoming more complex, which in turn requires that the various software solutions are better interconnected. Here, foundries are taking a decisive step towards Industry 4.0. RWP, a simulation software provider for casting, welding and heat treatment processes and exhibitor at GIFA, aims to support companies on their journey to becoming smart factories. A development that can no longer be stopped.

RWP have introduced WinCast® expert software onto the market. Based on FE mesh, users can calculate mould fillings, solidification, residual stress as well as all other processes. Every result can be evaluated at any time, even whilst calculations are still being carried out. “This has the advantage that users can interrupt results that are not expedient and re-start them with modified parameters,” explains Vomhof. The basic software contains all conventional processes such as gravity/low pressure (sand and die), investment casting as well as all conventional metals such as aluminium, magnesium, iron, copper and steel.

Foundries have long since recognised the various advantages of simulations. “The demand has increased significantly,” says Vomhof. One reason is that end-customers of foundries for the most part no longer allow quality documents for the products without safeguarding through simulation. “There are now many additional services for development and construction agencies that inspect and safeguard newly-developed cast parts for castability.”

Coverage thanks to simulation

However, the pressure casting field does not yet simulate as a whole. “The reason for this is probably that for the larger part, standard parts can be manufactured without faults based on experience, which in turn means that using software is not really necessary on a daily basis.”

Software development presents a challenge for companies, as it can’t really be automated. To do so requires highly specialised experts that are accordingly expensive. “If a software product isn’t continuously further developed, it disappears from the market within a short period of time,” emphasises Vomhof. Furthermore, physical data is necessary, “and should always be state of the art.” The necessary research projects are often carried out in cooperation with industrial partners and universities and are often cost and time intensive. But these efforts are worth it for software developers.

Register online and print out your press ticket in advance via the following link:
online registration for journalists