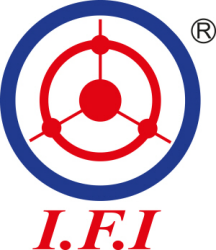 This company is main exhibitor of

Ferrosilicon in steel mills and casting as the source of silicon is used. Also in plain carbon steel, low alloy and high-alloy deoxygenation to use in the production of Ferro Alloys silico method of thermite is used.
Silicon role of alloying element in steel production in nuclear electrical transformers and electro is used.
Ferrosilicon as a supplier of silicon to gray and ductile iron casting rate of 3% is used.
The material forming the base Ferrosilicon analysis ferrosilico cast magnesium and modifiers.
As part of the wire coating composition (flower pots) in some welding electrodes used.

Ferrosilicon 75% HP (High Purity) is an alloy which is produced by combining around 75% 75% of Silicon and 25% of iron. This product is manufactured from selected raw material with high purity degree and rigorous quality control, which guarantees wide homogeneity among lots.
This grade is used in the production of grain-oriented electrical steel as well as steels requiring low level of Aluminum, Carbon, Calcium, titanium, boron and other residual elements. This product is used in grades of steel where high purity, low residual input are required. Destined to the production of electrict transformer scores, power generators and other electrict equipment.

Iran Ferroalloy Industries Co. was established with the aim of producing Ferrosilicon as a supplier of one of the raw materials of steel and cast iron industries in 1986 in an area of 70 hectares and was officially launched in February, 1993.
At present, the factory with an annual production capacity of 60,000 tons of Ferrosilicon and 20,000 tons of microsilica powder with three furnaces is the largest producer and exporter of Ferrocylsium in Iran and the Middle East.
Ferosilicon master alloys of iron and silicon through the heating and melting of iron oxide and silica revival of quartz by carbon materials such as coal, metallurgical coke and charcoal is produced in electric arc furnaces.
Micro silica powder (Microsilica, silicaFume) is a by-product of the process of producing Ferrosilicon in an electric arc furnace. The microsilica powder has a Super Pozzolanic property and is widely used in offshore structures, structures with high strength and class of all structures exposed to chemical attack, especially chlorine and sulfate ions.