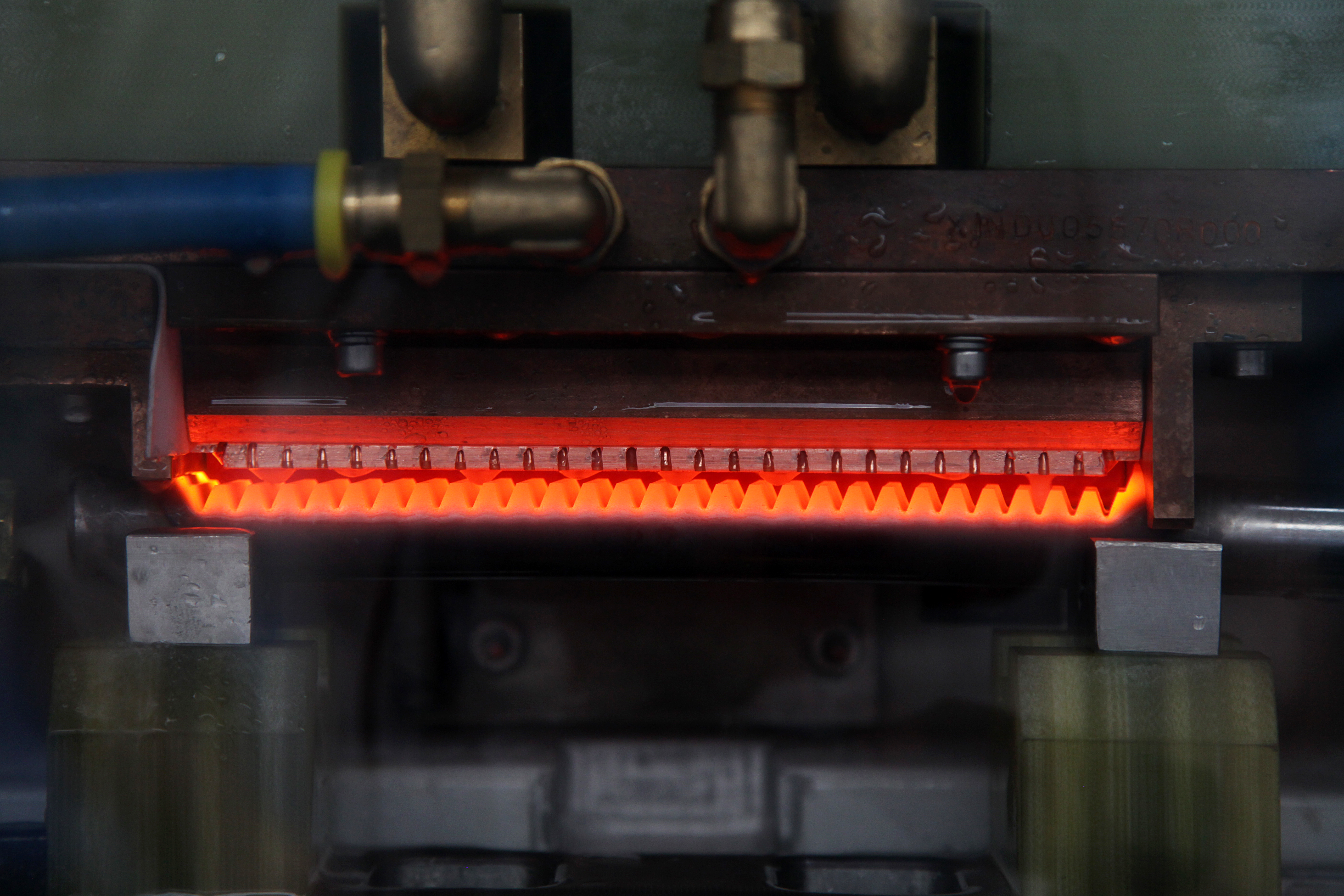 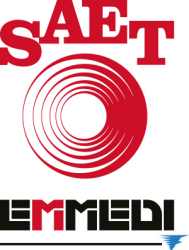 This company is co-exhibitor of
Ajax Tocco Magnethermic GmbH

With  more than 300 machines installed, SAET is a strategic supplier of all major players in the driveline manufacturer industry.
The extensive metallurgical know-how allows to push hardening and tempering processes to their limits: very short heating time, minimal deformation, precise control of structure.
Machine loading configurations range from linear transfer system to rotary tables up to stand alone and robotic cells.

Saet is a company that produces and develops cutting-edge technology solutions in induction heating.
As a strategic supplier for all major players in the automotive industry, Saet has a long, consolidated experience in the treatment of the different engine components such as valves, crankshaft, camshaft, flywheel, balancing shaft and many more components that need advanced hardening process. As a matter of fact, from top to bottom most of the parts in motion are hardened by induction.
Crankshaft is the key engine component for which SAET is offering a variety of machine configurations, according to the given crankshaft type and the production requirements. The main configurations are: Index table, Shuttle system, Walking beam, Drum type.
In addition, SAET modular approach allows to build more flexible and tailored solutions depending on the customers’ requirements.

MOSWELD is the ultimate solid state power supply using MOSFET transistor technology.The circuit topology is current-fed inverter (CFI) with an inductance located between the DC and the HF stage, thus the inverter is naturally protected against load short circuit. The output circuit is a parallel type: load and inverter impedances are naturally matched, then no output transformer is required and the overall efficiency increases. Typical layout includes a power supply cabinet containing transformer, DC inductance, SCRs bridge and auxiliary circuits and a second cabinet, the welding head, where the mosfet modules, capacitors and bus-bar are contained. The input transformer is provided to achieve insulation from the mains and to optimize the exploitations of the Mosfet based inverter.

The in-line bright annealing process is mainly used with AISI 300, AISI 400, duplex, superduplex and titanium pipes for various application such as petrochemical, furniture, automotive, food and beverage. The main goal of the process is the annealing which is responsible of the decreasing of hardness. Due to the lower heating time, a partial solubilisation of chromium carbides obtained with respect to the one reached with traditional furnaces. Consequently the resistance to corrosion is increased, especially in the welded zone. 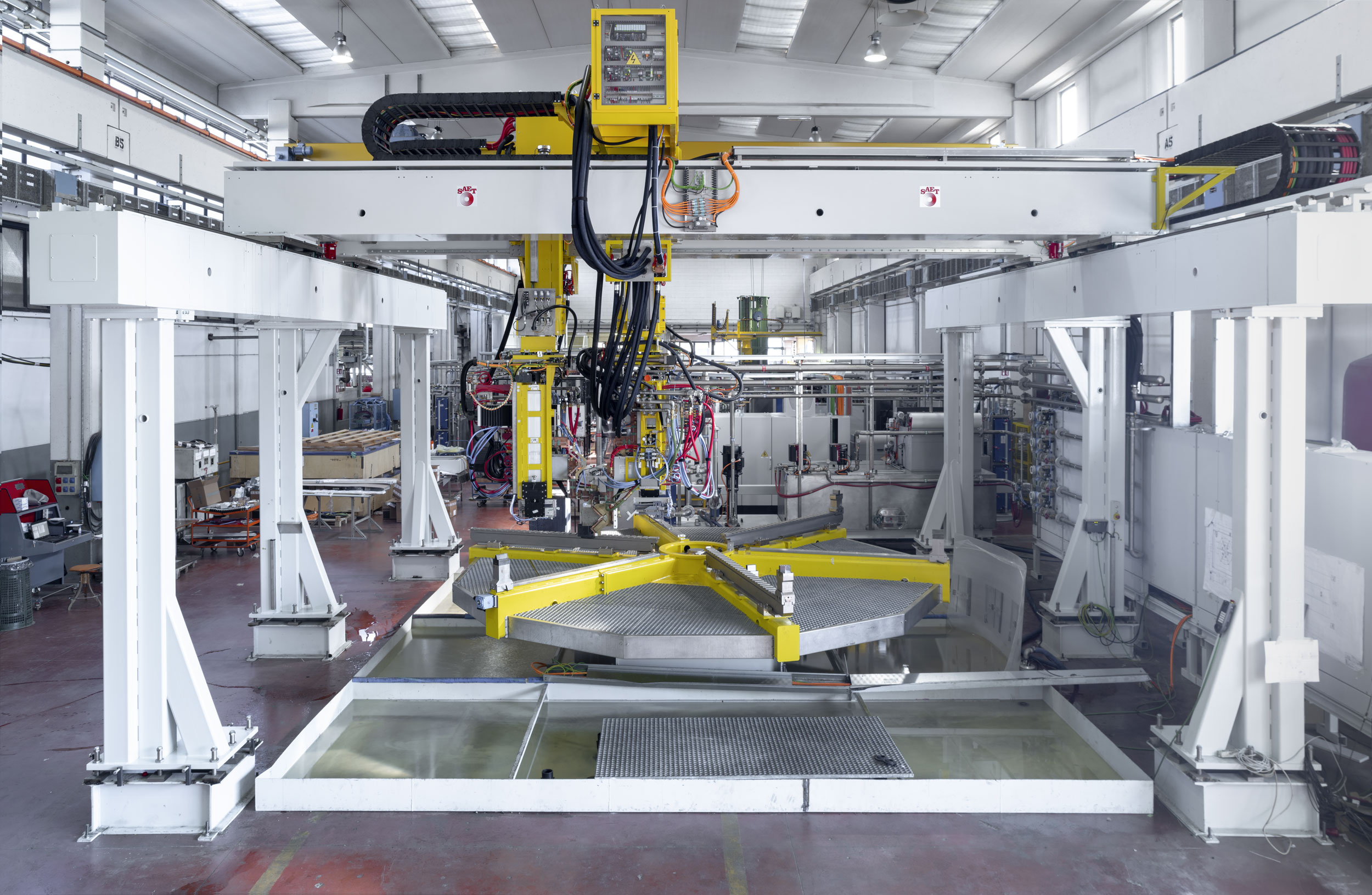 Founded in 1966 in the surroundings of Turin, Saet quickly turned to innovation to make the difference among the numerous suppliers of the car industry present around Turin in Italy and became the first induction heating company of the country, a worldwide center of excellence in induction technology and applications.

After some years, unique technical solutions and increasing range of machines allowed Saet to spread across Europe and beyond.
As a technology provider Saet started a useful collaboration with some Universities, in order to develop and implement its Research and Development department.

2006 marks the real turn of Saet growth with the international expansion through acquisitions in India and in USA and build-up in China and the integration of a new product line devoted to the Tube industry.
Emmedi, with over five decades of presence on the market, was incorporated in the company as a leading provider of induction solutions for the pipe and tube industry.

In 2014 Saet has been acquired by Park Ohio Holdings Corp., headquartered in Cleveland, Ohio. Park-Ohio trades on NASDAQ and is a leading provider of logistics services and a manufacturer of highly engineered products.
Saet joined the Ajax Tocco Magnethermic Corporation group of companies that is wholly owned subsidiary of Park-Ohio Industries.